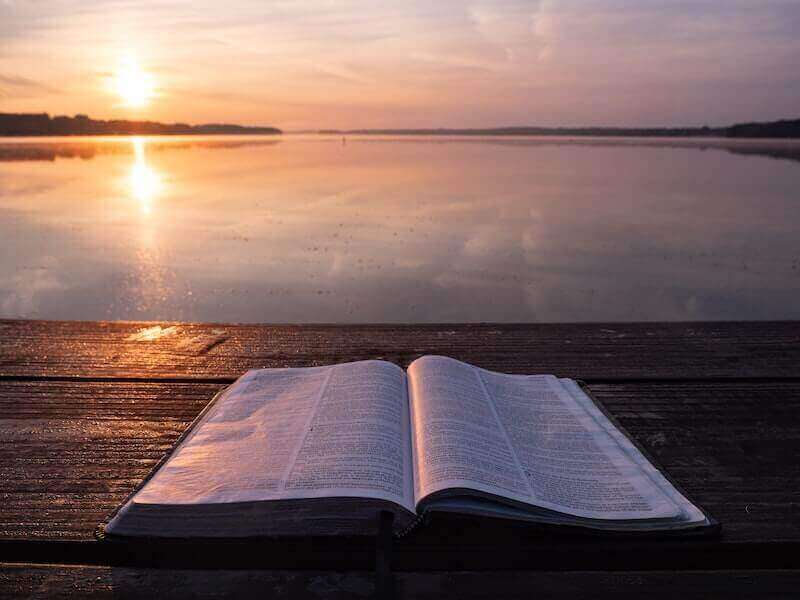 "When you find a few moments to read, it’s at the expense of something else you could be doing.  So we have thoughtfully collected an all-star array of reading choices to make strategic deposits in your knowledge bank."

At 25 Rod Handley took the baton from His Deal founder, George Toles, to be chaplain of the NBA’s Seattle SuperSonics. Moving onto the national stage, he was COO/CFO of the Fellowship of Christian Athletes from 1989-2000 at their national headquarters in Kansas City. In 2000 he founded and still leads Character That Counts (CTC). By now tens of thousands of men are world-changers -- living, leading and loving transparently. To guide us to the abundant life which God's Son offers, Rod has authored over 30 books, translated for worldwide impact. He is one of our amazing His Deal Specialists.

365 Thought Provoking Questions to Ask Yourself by Mark Chernoff

27 Questions to Ask Instead of “What Do You Do?” by Courtney Seiter

Is Atheism Dead? by Eric Metaxas

90 Minutes in Heaven:  A True Story of Death & Life by Don Piper

Released from Bondage by Neil Anderson

Where is God When it Hurts? by Philip Yancey

Jesus In Me: Experiencing the Holy Sprit as a Constant Companion by Ruth Graham Lotz‍

Everybody Always:  Becoming Love in a World Full of Setbacks and Difficult People by Bob Goff‍

Warrior: Understanding the Furious Love of the God who Fights for You by Ed Rush‍

The 21 Day Miracle:  How to Change Anything in 3 Short Week by Ed Rush‍

Whisper: How to Hear the Voice of God by Mark Batterson‍

The Cost of Discipleship by Dietrich Bonhoeffer‍

The Jesus I Never Knew by Philip Yancey‍

What's So Amazing About Grace by Philip Yancey

What God Wishes Every Christian Knew About Christianity by Bill Gillham

The Way of the Warrior (book & CD series) by Graham Cooke

The Language of Promise by Graham Cooke‍

The Nature of Freedom by Graham Cooke‍

Towards a Powerful Inner Life by Graham Cooke‍

Necessary Endings: The Employees, Businesses & Relationships That All of Us Have to Give Up in Order to Move Forward by Henry Cloud‍

Waking the Dead by John Eldredge‍

The Way of the Wild Heart by John Eldredge‍

Walking with God by John Eldredge

‍Rees Howells Intercessor: The Story of a Life Lived for God by Norman Grubb‍

Radical: Taking Back Your Faith from the American Dream by David Platt‍

Love Does: Discover a Secretly Incredible Life in an Ordinary World by Bob Goff‍

When The Game Is Over, It All Goes Back In The Box by John Ortberg‍

John Newton: From Disgrace to Amazing Grace by Jonathan Aitken

Secrets of the Vine: Breaking Through to Abundance by Bruce Wilkinson

DESTINED FOR VICTORY: Learning to Thrive, Not Just Survive by Henry Klopp

THERE IS NONE LIKE HIM: The Unfailing Goodness of God by Henry C. Klopp

STEPS TO PEACE WITH GOD by Billy Graham

MORE THAN A CARPENTER by Josh McDowell

BEYOND AWKWARD by Beau Crosetto

Restoring Your Family Altar: A Guide by Andre J Benjamin

For Better or Best by Gary Smalley‍

Two Sides of Love by Gary Smalley and John Trent‍

The Blessing by John Trent and Gary Smalley‍

Incompatibility: Grounds For a Great Marriage by Chuck and Barb Snyder‍

The Way To a Woman's Heart by Chuck Snyder‍

The Hidden Value of a Man by Gary Smalley and John Trent, Ph.D.

Say It With Love by Howard G. Hendricks and Ted Miller

Love and Respect by Emerson Eggerichs‍

Boundaries Face to Face: How to Have That Difficult Conversation You've Been Avoiding by Henry Cloud and John Townsend

The Manual to Manhood: How to Cook the Perfect Steak, Change a Tire, Impress a Girl & 97 Other Skills You Need to Survive by Jonathan Catherman‍

The Manual to Middle School: The "Do This, Not That" Survival Guide for Guys by Jonathan Catherman‍

Guiding The Next Generation: Rethinking How Teens Become Confident and Capable Adults by Jonathan Catherman

Becoming The Next Generation:  Taking Our Place as Confident and Adults by Jonathan Catherman

‍The Girl's Guide to Conquering Life: How to Ace an Interview, Change a Tire, Talk to a Guy, and 97 Other Skills You Need to Thrive by Erica Catherman & Jonathan Catherman‍

The Girl's Guide to Conquering Middle School: "Do This, Not That" Advice Every Girl Needs by Erica Catherman & Jonathan Catherman

WHISPER:  Now to Hear the Voice of God by Mark Batterson‍

Touching the Invisible: Living by Unseen Realities by Norman Grubb‍

The Hope of Prayer: Things Can be Different (8 disc set in 2006) by John Eldredge

A Praying Life: Connecting with God in a Distracting World by Paul E. Miller

Disappointment with God by Philip Yancey

Improving Your Serve by Chuck Swindoll

Be There by John Trent‍

Man in the Mirror by Patrick Morley‍

Can You Hear Me Now? by Dallas Demmitt, PhD‍

Boundaries in Marriage by Henry Cloud and John Townsend

Healing the Hurt in Your Marriage by Dr. Gary and Barbara Rosberg

His Needs, Her Needs by Willard F. Harley

How We Love: Discover Your Love Style, Enhance Your Marriage by Milan & Kay Yerkovich

Love Must Be Tough by Dr. James C. Dobson

Men And Marriage by George Gilder

Seasons of a Marriage by H. Norman Wright, Ph.D.

Saving Your Marriage Before It Starts by Les Parrott

The 5 Love Languages by Gary Chapman

The 5 Love Needs of Men & Women by Dr. Gary and Barbara Rosberg

The One Year Study Bible NLT by Tyndale

Executive Influence: Impacting Your Workplace for Christ by Christopher A. Crane & Mike Hamel

How Now Shall We Live by Charles Colson & Nancy Pearcey

Great Lives: Paul: A Man of Grace and Grit by Charles R. Swindoll

THE LEADERSHIP PLAYBOOK: A Game Plan for Becoming an Effective Christian Leader by Henry Klopp

Jesus Christ and the World

Jesus Centered: Focusing On Jesus In A Distracted World by Steve A. Brown

Father God: Daring To Draw Near by Dave Patty

Gentle and Lowly: The Heart of Christ for Sinners and Sufferers by Dane C. Ortlund

‍Miraculous Movements: How Hundreds of Thousands of Muslims Are Falling in Love with Jesus by Jerry Trousdale

When Helping Hurts: How to Alleviate Poverty without Hurting the Poor...and Yourself by Steve Corbett & Brian Fikkert

The Hole in our Gospel: What Does God Expect of Us? The Answer That Changed My Life and Might Just Change the World by Richard Stearns

At The Cross by Henry C. Klopp and Tai Mostovoy

The Word on Finances by Larry Burkett

Your Finances in Changing Times by Larry Burkett

The Rest of the Gospel by Dan Stone & Greg Smith

100 BIBLE VERSES THAT MADE AMERICA:  Defining Moments That Shaped Our Enduring Foundation of Faith by Robert Morgan

Love Walked Among Us by Paul Miller

The Book of Romans by Gib Martin & Larry Richards

Things Unseen: Living in Light of Forever by Mark Buchanan

THE MISSING PIECES: The Critical Role of Ministry Alignment and Context by Henry Klopp

THIS DANGEROUS BOOK:  How the Bible has shaped our world and why it still matters today by Steve and Jackie Green

The Case for Christ by Lee Strobel

The Case for Faith by Lee Strobel

Evidence for God by William A. Dembski & Michael R. Licona

Hard Sayings of the Bible by Walter Kaiser

Letters from a Skeptic: A Son Wrestles with his Father's Questions about Christianity by Gregory A. Boyd

Ten Lies About God – And How You Might Already Be Deceived by Erwin W. Lutzer

The Mystery of God’s Will by Charles R. Swindoll

IF YOU’RE THERE, GOD, I HAVE A FEW QUESTIONS by Stephen Gaukroger

WHEN SKEPTICS ASK by Norman Geisler and Ron Brooks

Psalm 83, The Missing Prophecy Revealed - How Israel Becomes the Next Mideast Superpower by Bill Salus

‍Epicenter: Why Current Rumblings in the Middle East Will Change Your Future by Joel C. Rosenberg

Are We Living in the End Times? by Tim LaHaye & Jerry B. Jenkins 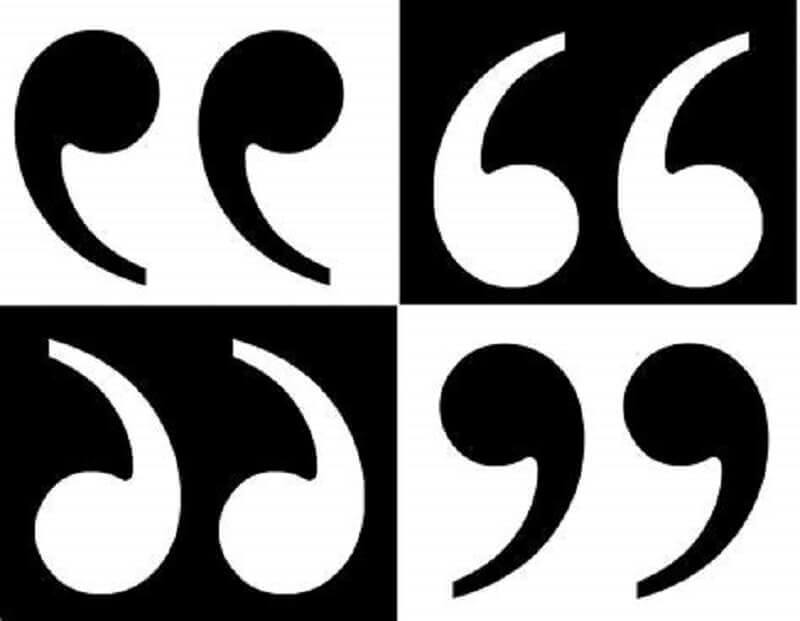 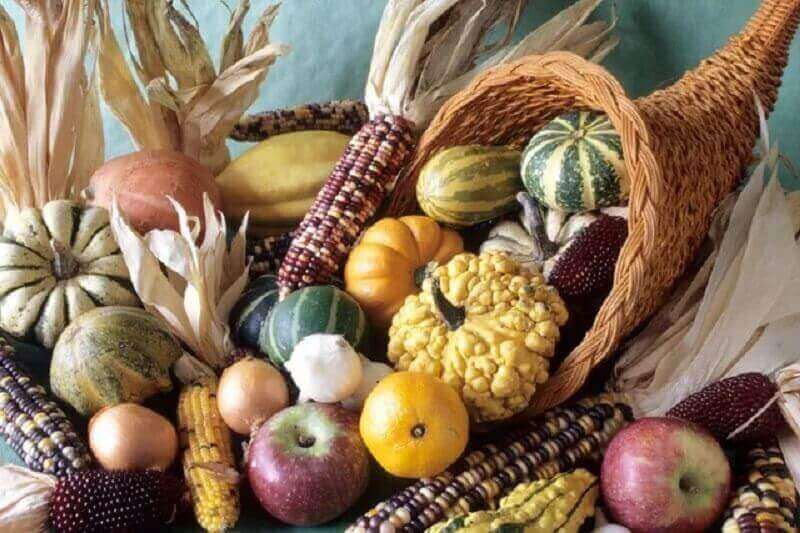 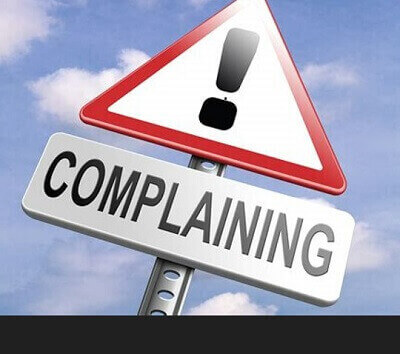 I Refuse To Complain